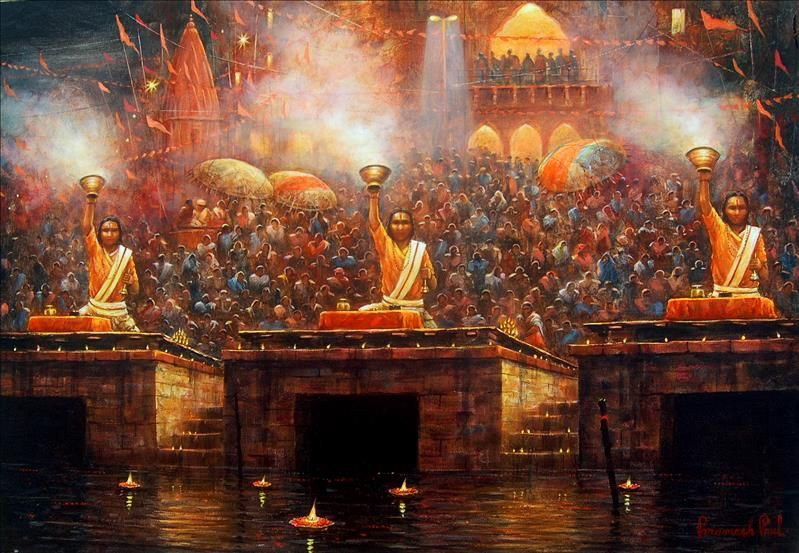 Paramesh Paul was born and brought up in West Bengal in 1970, in a family of the traditional potter, where he grew up creating the images of Almighty in clay. Early in his life, Paramesh explored his interest in art and creativity in a very artistic environment. Paramesh Paul’s paintings, just like his subject are a divine confluence of faith, religion, serenity, honesty, and architecture. While studying Commerce, Paramesh decided to follow his heart and devote a decade to the ISKON temples to pursue his passion. His time at the ISKON temples, helped Paramesh turn into an exceptional artist. He fused the thoughts and ideas that he knew with what he observed in the world around him.

As an artist, Paramesh would always gravitate towards the stories from Hindu mythology and ancient Indian cities, holy cities. He recreates these cities and stories on his canvas and fills colors in this beautiful blend of his imagination and reality.

Deeply engrossed by Banaras, Paramesh often uses Ganga Ghats as the background of his paintings. His art has numerous layers that resonate with the different layers and secrets held by the holy city. These layers comprising of temples and mountains add depth to the artwork and give the audience a new perspective towards these paintings. The artist colors his paintings with rustic tones of yellow, red, green, and blue. The simplicity in Paramesh’s paintings reflect the simplicity of the easily flowing river Ganga.

Shiva and His vehicle Nandi, form an important part of these paintings, with Ganga in the background, onlookers could often see worshipers offering their prayers to Shiva. The reflection of these visitors in the river, echos with how people often reflect on their lives and deeds while visiting Banaras. Through his art, Paramesh seamlessly narrates the stories about the place and the events to his viewers. Over the past few years, Paramesh has exhibited his work at many shows and has managed to create a place for himself in national and international art circles.

Should you be interested in any of these stunning art works, or any customised art work by this Artist, then kindly do mail us on art@housethome.com or call us on 9118115511. 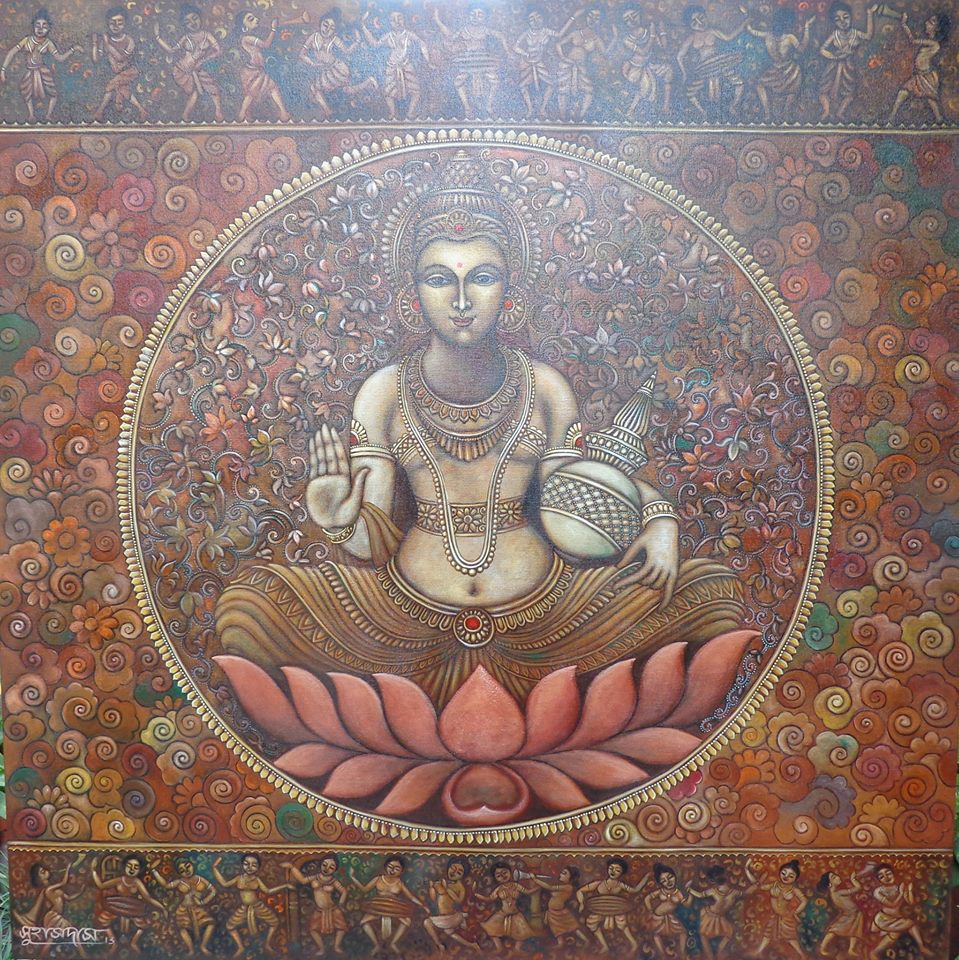 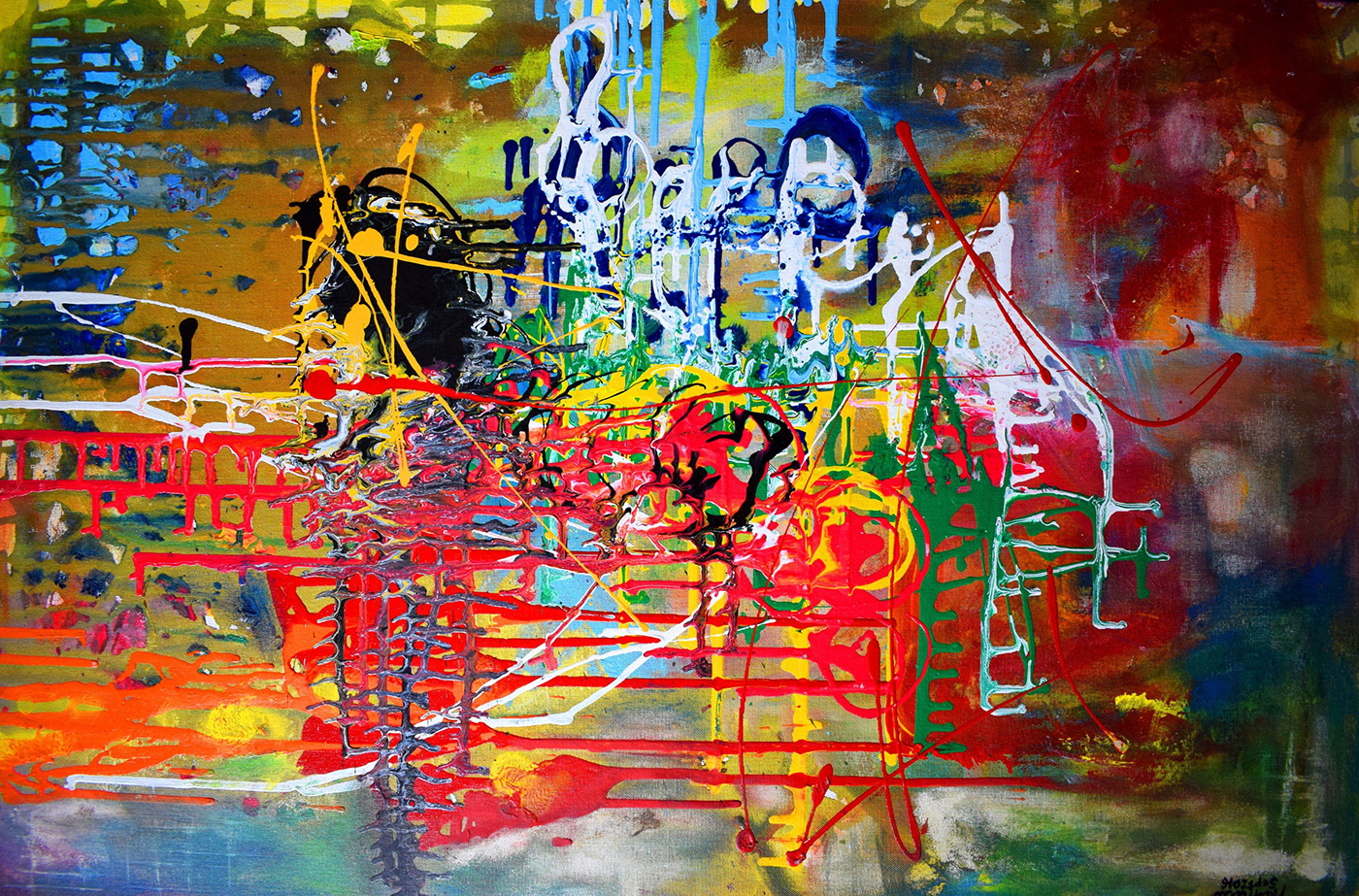 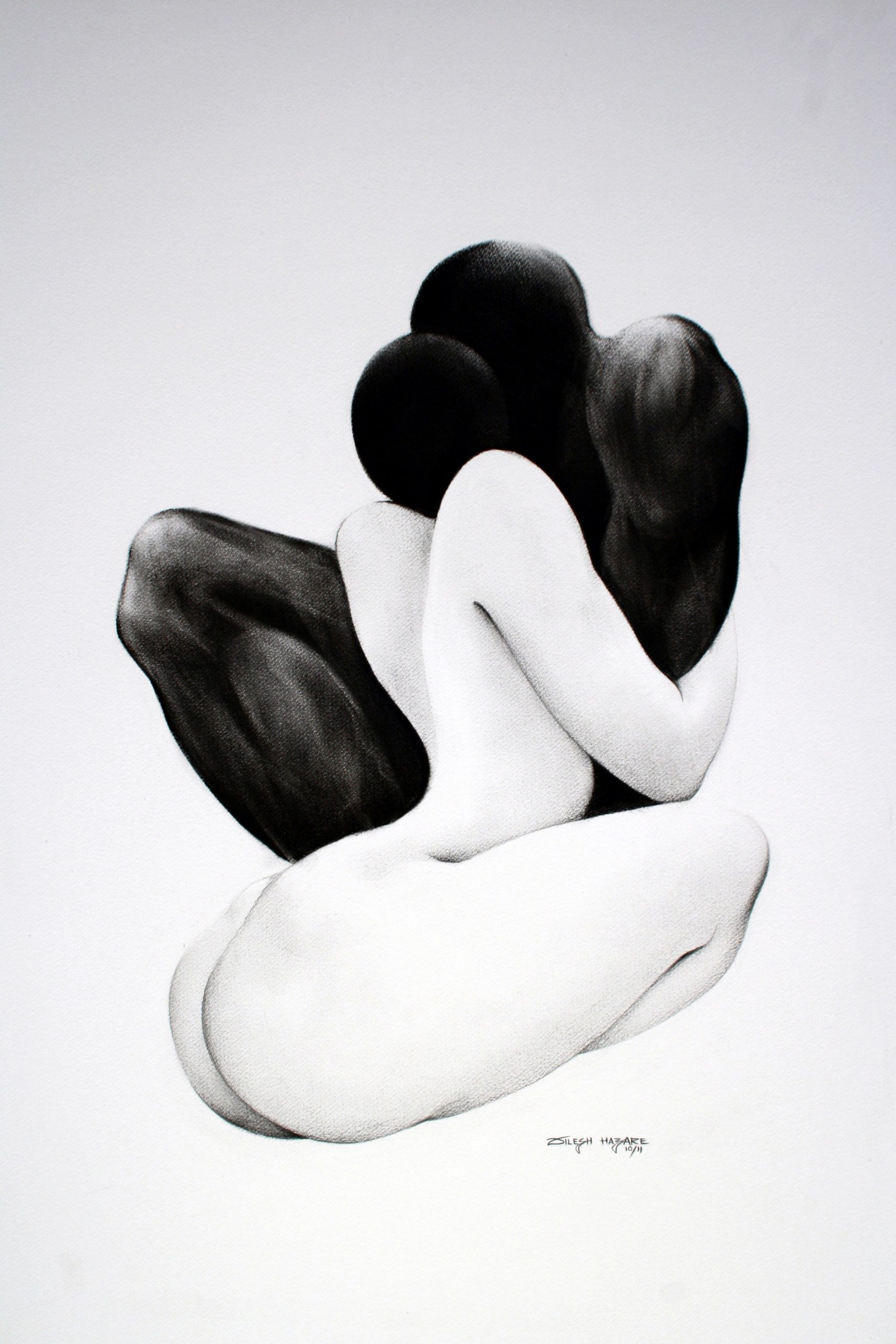